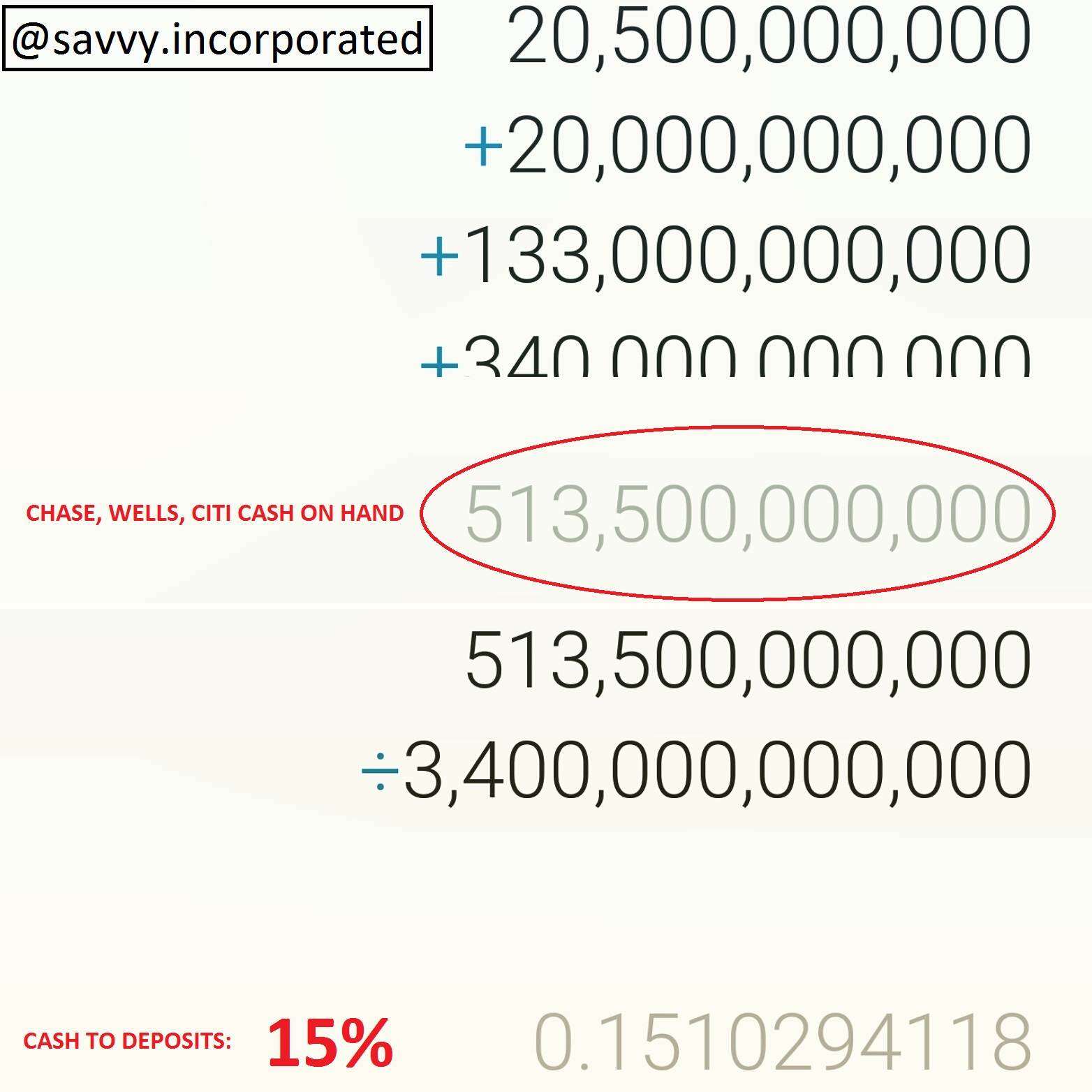 How are our brittle banks doing? By the 2015 numbers Chase, Wells Fargo, and Citi Bank had a total of $513.5 billion cash to cover $3.4 trillion of deposits. This cash amount includes deposits with other banks, but not “cash equivalents.” The 15% of cash on hand is slightly higher than expected but still paints an interesting picture.

Don’t go out and withdraw all your money. That’s a bad idea. Runs on banks are a precursor to major recessions. During a major recession hyper inflation can render large sums of money useless. These institutions have been dubbed “too big to fail” for a reason. In a major economic event it is likely large banks would receive more bailout money from the government. But keeping a bank afloat really does not help one find a job or pay the bills.

One thing everyone outside of upper leadership can do is ask for a raise. Consumer spending fuels the economy. Wells Fargo CEO John Stumpf made $19.5 million in 2015 for his dismal performance (before resigning in disgrace)… so there is plenty to go around.

For help with your specific scenario please reach out to us.